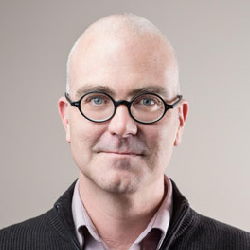 Leiper was born and raised in Ottawa and is the current Ottawa city councillor for Kitchissippi Ward.  He was first elected in the 2014 Ottawa municipal election Leiper has a long background working with his community association and volunteer-run community newspaper Newswest in the ward. For many years, he created and organized events such as the Cyclelogik Hintonburg 5k Run/Walk and Newswest Kids 1K, Dog Movie Night and the annual Hintonburg Street Hockey Tournament. His community work includes a significant background in planning, traffic, economic development, and other neighbourhood and citywide issues.

Professionally, Leiper began his career in the Information and Communications Technology sector as a journalist. He subsequently worked as an industry analyst for an international consulting firm, then as an executive in a federal regulatory agency. Prior to his election, he worked as an executive at an NGO with a mandate to promote the full participation by all Canadians including women, youth, and internationally educated professionals in the technology workforce.